It's not Your Fault,
Don't get Stuck With the Bill!
Let Us Help You For a Free Consultation
Member of: 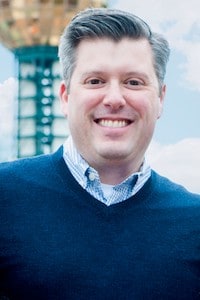 Andrew is one of the founding partners of the Lawyers of Brown and Roberto, PLLC and focuses his practice on assisting those injured in car accidents, those who have been denied the Social Security Disability benefits they are entitled to, and those injured at work. Andrew built into our firm our commitment to using our lawyers experienced to provide a caring, responsive approach to the practice of law. Understanding that you’re out of work, in pain, and just can’t afford to miss out on everything you are entitled to under the law; is where Andrew starts in assisting clients.

Passionate about our community Andrew currently serves on Knoxville City Council. His previous public service included a term as a Knox County Election Commissioner from 2014-2017, where he worked to encourage voter registration and participation. He served on The Salvation Army of Knoxville’s advisory board from 2012 to 2018, and as board chairman from 2015-2018. During his time on the advisory board, Andrew would frequently serve lunch at the soup kitchen and volunteer during the annual Red Kettle campaign. In recognition of his service, the organization presented him with their Partner in Mission Award in 2012. He was only the 33rd person nationwide to receive this honor.

Andrew served on the Sertoma Center board from 2016 to 2018, and in 2014 he served on the executive committee of the Congressional Medal of Honor Convention. As a firm partner, Andrew has led our team in partnering with Celebrate Recovery in North Knoxville, the Epilepsy Foundation of East Tennessee, and the Tennessee Veterans Business Association.

Community Activities
Contact Us
Practice Areas
Blog Articles
Client Reviews
★★★★★
"We tried to go through the insurance company ourselves, but they basically just laughed at us. So I got in touch with The Lawyers of Brown & Roberto. The insurance company's attitude really changed, and within a week we had our car replaced and rehabilitation going for my wife. The Lawyers of Brown & Roberto stuck in there and fought for us." J. Felver
★★★★★
"Had it not been for The Lawyers of Brown & Roberto, I would be in a mess. I would not have been able to handle the paper work or things that would have been required to stand in a court of law myself. They got the most that I could have gotten for any injury that I had. I was more than pleased with the settlement. They handled my case promptly and very professionally." D. Blakeman
★★★★★
"I would recommend The Lawyers of Brown & Roberto because they are for the client. They are extremely tough when they go to court, they keep you well informed, and they treat you as a person. They are extremely good attorneys. They changed my life. They helped my life because they believed in me. They fought for me. I thank God for them." C. Scarbrough
View More
Submit a Law Firm Client Review